One word: the difference between failure and success 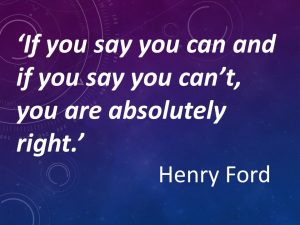 Super tip on how to use language to keep yourself on track of diets, feel confident and in control

Sticking to a healthy lifestyle when the party season is on the scene is a big challenge. But instead of looking at it as a threat, you can look at it as a challenge and an opportunity to show yourself that YOU CAN DO IT.

Small change, huge difference for confidence and sticking to a diet

One of the exciting discoveries of a study at Oxford University, is how language impacts on the choice that people make. Small changes can have a significant impact.

The interesting study, which I describe below, shows the massive impact of a simple phrase.

The study involved 120 students, who were divided into two groups. One was asked to answer questions with ‘I can’t’, the other group was asked to say ‘I don’t’. The questionnaire was about eating habits, but each time the students were faced with a question about unhealthy food, such as chocolate, cheap burgers, crisps, etc they would tell themselves “I can’t eat X” or “I don’t eat X”. After they had gone through the questionnaire and left the room, they got as a thank you a snack. The choice was between a clearly unhealthy chocolate bar and a supposedly healthy granola bar.

What is the lesson on how to build confidence, the easy way?

I think this such an exciting study, with an outcome that will help anyone who wants to make a change. Saying ‘I can’t’ gives your mind a reminder of your limitations, saying ‘I don’t’ reinforces that you are in control of your decisions. As simple as that. So from now on, just tell yourself  ‘I don’t’ instead of ‘I can’t’ or even better, if the situation is suitable say to yourself ‘I can’. With the example of the study above, you could say ‘I can choose not to eat it’.

If you struggle with confidence, you can book a FREE  Clarity Call with me and to get a clear plan on how to move forward to get that confidence. Nothing to lose, just 45 minutes of your time! Click here to book.