Tips on how to deal with being bullied as an adult 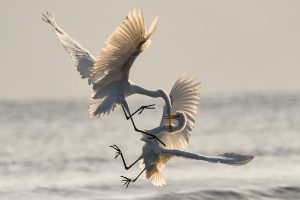 Who is bullying who?

Bullying in the playground is awful and easily recognizable. Usually adults interfere and help the situation change. But what if you are an adult and are ‘subtly’ being bullied by friends and family?

Subtle adult bullying is more common than you think.

Christel, a bubbly personality with loads of friends and a busy social life, discovered she was being bullied. The bullying took different forms and was often very subtle:

Her friends were by no way mean or intentionally unkind, but it was as if Christel wasn’t seen. When she started to value herself and became clear about what she wanted herself, she discovered how she allowed herself to be treated. And she learned how to do it.

4 things NOT TO DO when being bullied

This would be a new experience for Christel and her friends. As people don’t like change I warned her that she might be challenged and get the usual comments and I told her the following:

Would you like to receive these type of tips once a week in your inbox? Just cliek here.

The relationship with her friends has changed, thanks to Christel changing her communication and she feels much happier and more confident.

Want to talk about how you can deal with your situation? You can apply for a FREE coaching call. Click here and book.