Sexual harassment at work and how to deal with it 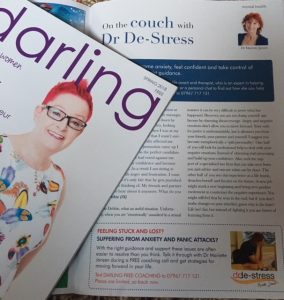 Esther is the victim of sexual harassment at work. This is what she told me:

‘I am on sick leave for 3 months because I couldn’t handle the situation at work. When my new male manager started about 6 months ago, everything changed. I felt intimidated and put down by him. He was making sexual comments, looking at my breasts all the time, hanging over me when I was at my desk….. All done in such a way that it felt as if I was overreacting. But it got on my nerves. When an opportunity for a promotion came up I applied. Knowing that I was the perfect candidate. I didn’t get it as my new manager had voted against me. I couldn’t handle it, lost my confidence and became an emotional wreck. As a result I am sitting at home, seething with anger and frustration. I want revenge. That’s all I think of. My friends don’t want to hear about it anymore and my partner gets angry with me. But I think it is only fair that the guy gets his punishment. I feel I can’t move on before that has happened. What do you think?’ Esther (36)

As revealed in The Telegraph last year, 20% of women have been victims of sexual harassment in the workplace. The poll by Opinium Research revealed that the number has risen among women, but dropping to seven percent among men.

Being a victim has a sense of powerlessness, which might be the biggest challenge.

My brief answer to Esther was: Don’t get stuck in your wish for revenge and justice. See professional help to deal with your negative emotions. Instead of obsessing start processing and build up your confidence. And seek the support of a specialised law firm for advice and execution. See this experience as a life lesson, detach yourself and focus on the future. You might still feel that he won in the end, but if you don’t make changes to your mindset, guess who is the loser?

Life isn’t fair, but instead of fighting it you are better of learning from it.

My full answer to Esther is published in Darling Magazine. Click here to read it: DarlingKingstonSpring18